Who Should Go To Alcohol Rehab? 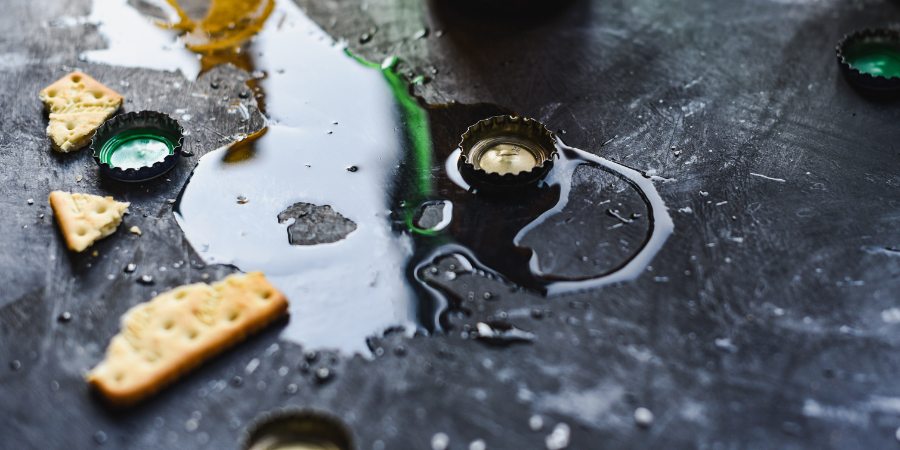 It is hard to believe that a legal substance such as alcohol is one that can cause so much harm, particularly when the majority of UK adults drink it to some extent. It is true that most people drink alcohol in moderation and never drinking enough to get intoxicated, but it is also true that around nine million individuals are drinking more than the Government’s recommended weekly allowance of fourteen units. Drinking above these guidelines is classed as alcohol abuse, and prolonged alcohol abuse can lead to addiction. Those who end up with addiction will typically require a programme of detox and rehabilitation if they are to get better. But if it is the case that not everyone who abuses alcohol will go on to develop an addiction, you may be thinking to yourself ‘who should go to alcohol rehab’?

How Does Alcohol Addiction Begin?

Not everyone who drinks alcohol will become addicted to it, but many will. Regularly drinking above the weekly low-risk levels of fourteen units is classed as abuse, as mentioned above, but so too is drinking more than the body can handle in one drinking session. This does not necessarily mean that everyone that does this will become alcoholic.

The reality is that addiction is not about the amount of alcohol that a person drinks or how often he or she drinks; it is about how much control the individual has over his or her drinking and the ability to stop drinking once started.

For most, alcohol is something to be enjoyed with family or friends and one or two drinks is more than enough. However, there are some who find it almost impossible to stop drinking once they start, and others who cannot stay away from it even when they have promised to do so.

Addiction is something that occurs in stages; it is not an illness that people suddenly wake up with having never been affected before. There are a few stages that the individual will go through before developing an addiction.

The first stage is experimentation; at this stage of the process, the person has a choice of whether to drink or not. He or she will have full control over their consumption. If the individual likes the experience, he or she may decide to drink again.

Social or regular use tends to follow experimentation. The person has decided that drinking is something to be enjoyed and will drink in social situations, be it on a regular or occasional basis. There is still a great deal of control over the amount that is consumed, and the ability to stop drinking is present.

After this comes risky or problem drinking. At this point, the individual may be at a stage where drinking has become a habit. There is no thought given to whether to drink or not – it is just something that is done at specific times or in response to specific events.

Alcohol abuse soon follows, and at this point, the individual may spend much of his or her time drinking or thinking about drinking. Little or no thought is given to the harm that this level of consumption may be causing. The person’s tolerance for alcohol has increased and it might be necessary to increase levels of consumption to achieve the desired effects.

When the individual’s drinking starts to have a negative impact on everyday life and he or she has no control over it, it is said to be an addiction. Various withdrawal symptoms will occur whenever the person needs alcohol, including headaches, sweating, shaking, nausea, and vomiting. Those who find themselves in this situation will undoubtedly need rehab to get their life back on track.

The Consequences of Alcohol Addiction

Alcohol addiction is a destructive illness that can destroy lives. As well as the obvious impact it has on the individual, there is a knock-on effect on families, friends, co-workers, and entire communities.

This is an illness that is responsible for poor health and premature death as well as the breakdown of relationships, crime, unemployment, poverty, and homelessness. Those closest to the alcoholic will be deeply affected, particularly children, who often do not understand why a parent is acting in the way he or she is.

Alcoholics can become physically and verbally abusive towards those closest to them, which inevitably leads to a stressful and chaotic home life. Spouses and children must try to go about their daily lives while dealing with the pain and stress of the alcoholic. This can lead them to become isolated and withdrawn for fear that others will discover their secret.

Without treatment, the prospects for the alcoholic are not good. He or she is likely to lose everything they hold dear, including their family, job, wealth, and home. This is on top of the increased risk of developing a host of illnesses such as depression, dementia, heart disease, liver damage, and cancer. Untreated alcohol addiction is also a leading cause of premature death in the United Kingdom. In fact, it is the fifth biggest cause of premature death across all age groups in this country.

Who is Affected by Alcohol Addiction

It is easy to assume that individuals from poor backgrounds are those who will be affected by alcohol addiction, but this is not necessarily true. While alcoholism does affect people from deprived areas, it also affects those from more affluent areas. It is an illness that does not discriminate based on where a person lives or how much money they have.

The reality is that across Britain, individuals of all ages, race, and gender are affected by alcohol addiction in equal measure. Anyone who drinks alcohol can allow their consumption to get out of control and then find themselves unable to quit even if they wanted to.

Health experts do not have a single cause for alcohol addiction, but they do know that there are certain factors that can increase the likelihood of a person developing it. For example, studies have shown that people who have suffered traumatic experiences are more likely to be affected by addiction than those who have not. Trauma comes in many forms but it can include the death of a loved one, being involved in a traffic accident, being bullied, suffering any form of abuse, witnessing combat, or living with a mentally ill family member.

Other factors that increase a person’s chance of becoming addicted include having a parent with an addiction. Children of alcoholic parents are five times more likely to become alcoholics themselves at a later date. Early exposure to alcohol and the environment in which a person grows up can also play a role in the likelihood of addiction for specific individuals.

While all the above factors increase an individual’s risk for addiction, they do not guarantee it will happen. There is just no way to know who will and who will not go on to suffer with any type of addiction, including alcohol addiction. There are many people who have every single risk factor but will never be affected while others with no risk factors could find themselves in the grip of a devastating alcohol addiction.

Who Should Go to Alcohol Rehab and How Can It Help Them?

Anyone who is physically dependent on alcohol should consider a programme of detoxification and rehabilitation to put their days of substance abuse behind them. It takes a very strong and motivated individual to quit alcohol without help once a physical dependence has occurred. Unfortunately, these are not the traits of the typical addict. Strength and motivation come with encouragement and support, and this is often found with the help of dedicated and professional counsellors and therapists.

Struggling with an alcohol addiction without accessing help is a bad idea. Alcoholism is an illness of the brain and it is not going to go away just because you want it to. If you want to get your life back on track, you need to consider reaching out for help.

With a programme of detoxification, you can begin the process of recovery by tackling a crucial element of your illness – your physical dependence. While detoxification is different from rehab treatment, it is a vital part of the recovery process and will ensure that you have a clean mind and body before starting a rehab programme.

Tackling the emotional and psychological aspect of the illness is the job of rehabilitation. During this treatment, you will be helped to identify the cause of your addictive behaviour. Once you have done this, you can work closely with a counsellor or therapist to learn various coping strategies to help prevent a relapse in the future.

Rehab programmes help alcoholics to rebuild their lives and learn valuable skills that they can use on the outside world. The programmes also help recovering alcoholics to learn more about their illness and why they were affected in the first place. With support and encouragement, counsellors and therapists can work on relationships with family members so that everyone can move forward once the programme has come to a completion.

If you would like more information on the question of who should go to alcohol rehab as well as on specific rehab programmes, you can call us.